Aleksandra Przegalińska
Associate professor of management and artificial intelligence and Vice-rector at Kozminski University
Knowledge
Cobots in marketing – the future of work? 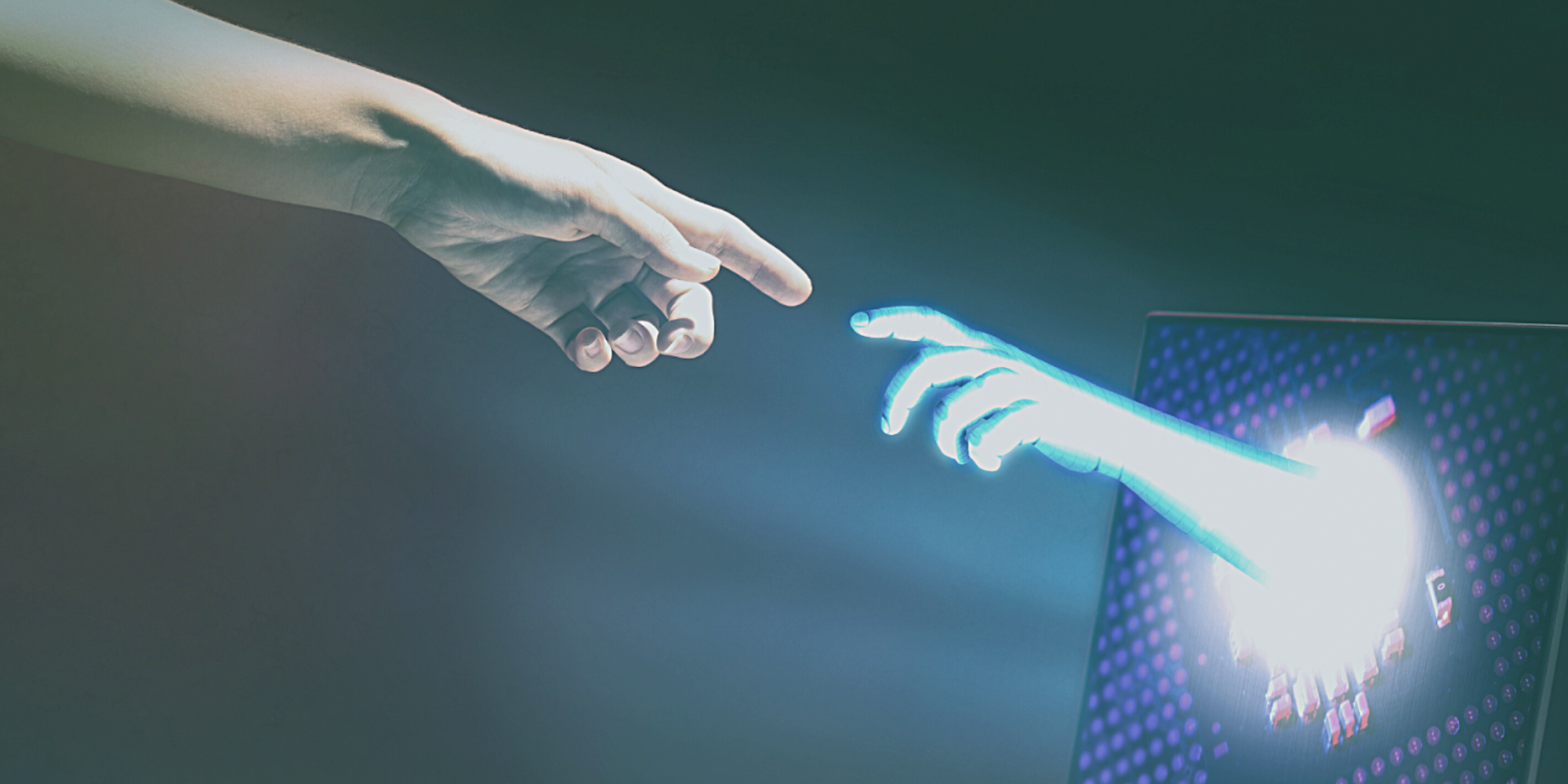 Where do you see yourself in 5 years? We are often asked this question by recruiters, coaches, and personal trainers. In response, we usually present visions of our future where we meet our goals, get promoted and see a clear growth path. What’s interesting is that only a few people ask the question during these conversations: how do you see the future of work?

However, to the rescue of thoughtful resource management at work comes a group of researchers, including their prominent representative – Aleksandra Przegalinska, PhD, who specialises in artificial intelligence (AI). AI is an object of great interest for the whole society, including economists who study the labour market. The use of artificial intelligence allows for the automation and robotisation of work. Currently, two perspectives on the impact of AI on employment prevail. On the one hand, there is the possibility that the increasing automation or self-sufficiency of artificial intelligence models will result in a decrease in demand for human labour and thus rising unemployment. On the other hand, there is the theme of cobotisation. Cobotisation is a term describing the synergy between humans and machines, which instead of replacing workers, will simply assist them in their work. Aleksandra Przegalińska, PhD, deals with this issue professionally.

She is exploring the possibility of creating an ideal virtual assistant. Such a robot could communicate with us in writing, by voice or gestures. The aim of Ms. Przegalinska’s work is to enable people to achieve better results by devoting their creativity and other skills to creating value instead of performing tedious tasks. Increased work efficiency thanks to cooperation with cobots is confirmed by a preliminary study that Ms Przegalinska conducted together with Konrad Sowa and Dr Leon Ciechanowski from Kozminski University. The study proved, among others, that participants who cooperated with virtual assistants during the experiment were 57% more productive than the control group. During subsequent in-depth interviews, participants gave very different preferences for their ideal virtual assistant. Some would prefer it to be a fully virtual assistant only, i.e., without a physical form, while several respondents preferred that the assistant also have some physical form to give the collaboration a more “human” feel. Hence, one of the most important conclusions of the survey is the need for very high personalisation of the assistants and adapting their functionality to the expectations of employees.

Due to the enormous potential and relevance of this study in the global development of work, the original team decided to embark on the next phase of work.  Together with world-class researchers from Harvard, MIT and ALK, in collaboration with, among others, the famous economist Richard B. Freeman, the team is now focusing on the second phase of the project. At this stage, the group studied will be marketing professionals. Dr Przegalińska’s task will be to create an ideal assistant. In order to determine the best criteria for adapting it to a given person, the research team will apply a set of psychometric tests, which examine personality, and then, already during the experiment itself, they will implement physiological and psychographic tests. Thus, they will be able to determine not only how interactions with the assistant themselves affect stress levels or job satisfaction, but also how personality type affects these feelings.

In terms of the configuration of the robot itself, the detailed research focuses on the optimal default choice of the set of available options, but also any necessary configuration possibilities. The main assumptions of the assistants are: to act only on the basis of an order from the worker, who also chooses the total tasks performed by the assistant and builds an overall scheme of cooperation in the long term. In addition, the research aims to investigate whether such a significant increase in employee productivity or job satisfaction can also be seen on a larger scale. If the research is successful and the results are promising, the team plans to expand into different areas – logistics, operations in turn, as well as developing the assistant to the point where it can actively support manual workers. This last aspect, according to Ms Przegalinska, is of great interest to Professor Richard B Freeman.

The experiment will undoubtedly be a breakthrough in the study of the interaction between a chatbot assistant (voice and text communicator) and a human, especially in the Polish context. Most research to date has prioritised US audiences. Ms Przegalinska’s team wants to gain a broader perspective on this issue. The new study will benefit from the expertise of American teams from Harvard, the MIT Center for Collective Intelligence, and Canada’s GPAI, and will additionally include American and Polish respondents to the study in a 50:50 ratio. Thanks to this, the researchers are able to ensure the universality and analogy of the experiment’s experience by using another breakthrough technology – GPT3. This third-generation international text generator is based on deep neural networks. This is very important for our domestic market, as Poland will become an object of extremely significant research, and additionally it may positively influence the accuracy of the use of Polish language in artificial intelligence, which is quite a challenge for it. The Polish language itself is also quite a challenge for artificial intelligence, which, however, is showing better and better levels of accuracy every month.

Aleksandra Przegalinska is a great source of inspiration even for people who are not involved in IT or psychology. Not only because of her scientific achievements or her impact on the development of the discipline, but also because of her successful combination of an international scientific career with the position of Vice-Chancellor at Poland’s best private university. This is an amazing example of how one can combine success and career path both at institutions in Poland and, for example, at Harvard.

Apart from the research mentioned in this text, she has a number of interesting publications related to many fields. We encourage you to read them, and the links are provided below.

Associate Professor at the Department of Management in Networked and Digital Societies MINDS, 2016-2018 MIT Research Fellow at the Center for Collective Intelligence. Currently Senior Researcher at Harvard Labour and Worklife Program researching automation of work and cobotization. Former Head of Media Research and Head Expert at the Ministry of Culture and National Heritage, attache for media policy at the Polish Permanent Representation by the EU. Recently, she also published a book on the sharing economy and collaboration in the context of the rise of artificial intelligence, and IoT and “Wearable Technologies in Organizations” (Palgrave).

Apart from MIT, she had an annual appointment at Brown University and at The New School as a Fulbright Scholar and Kosciuszko Institute Scholar. Aleksandra graduated from The New School for Social Research in New York in 2013.