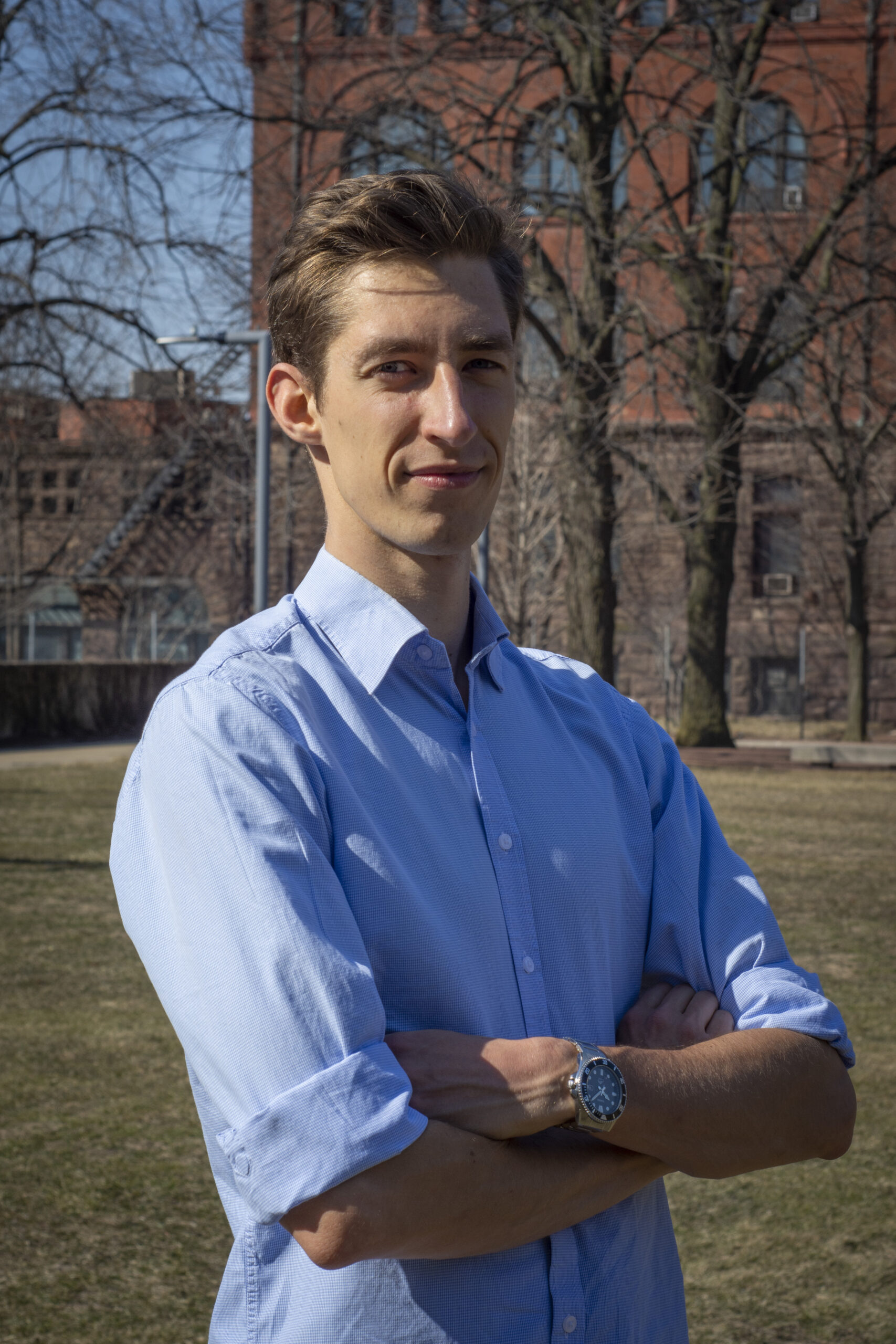 Maciej Grybko
PhD student at the University of Southern Queensland in Australia
Knowledge
Is the future of space flight bright? 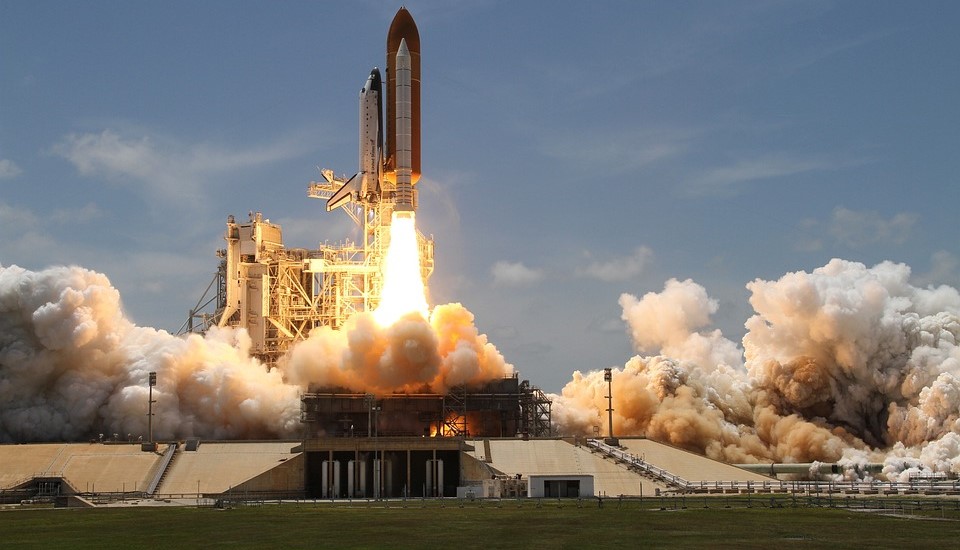 Since the beginning of the 20th century, the aerospace industry has been growing at an unbelievable pace. Until the Wright brothers’ first flight in 1903, no one believed that humans could fly, and suddenly in 1969 the first man set foot on the moon. In 1977 NASA launched the Voyager I and Voyager II space probes, which continue their missions more than 20 billion kilometers away from us, outside the solar system [1]. In 2010, the Japan Aerospace Agency (JAXA) was the first to succeed in acquiring samples of an asteroid and bringing them safely back to Earth in the Hayabusa mission. But why are we investing so much in space exploration, and what is the benefit?

The most obvious applications of space technology are communication, specifically superfast internet, and navigation, such as through GPS. But that’s not all. Earth observation technology is being used, among others, for weather forecasting, early warning systems for natural disasters, observation of natural resources and the environment, and even animal migration. Recently, new space trends are also emerging. Inspired by the Hayabusa mission, space mining could generate incredible profits. It is estimated that the platinum content of one large asteroid could exceed the entire mined platinum reserves on Earth [2]. And while in some cases it would be unprofitable to bring space resources to Earth, they can be used for manufacturing in space, especially with 3D printing. Testing of 3D printing has been ongoing on the International Space Station (ISS) since 2014. Scientists plan to use it to create satellites, rocket propulsion systems, lunar and Martian habitats, and even to make space food [3], [4]. Space is attracting the attention of more and more wealthy people who dream of experiencing weightlessness. This is how space tourism is born, and with it, space medicine is becoming increasingly important.

The potential applications of space technology are countless. The question is, why is it so expensive to reach the cosmos? Since SpaceX demonstrated the possibility of repeatedly recovering rockets, the cost of launching payloads into space has dropped 10 times. However, it still costs at least $100,000 to launch a tiny Cubesat satellite, something very few investors can afford. The difficulty and cost of spaceflight comes from the fact that to reach Low-Earth Orbit (LEO), two conditions must be met. First, you need to go beyond the Earth’s atmosphere, to an altitude of at least 100 km. The second condition is much more difficult – you need to reach the first cosmic velocity, i.e. 7.8 km/s, or 28,000 km/h. The famous Tsiolkovsky rocket equation [5] states that for this to be possible, the rocket must consist of about 90% of fuel and oxidizer. Most of the remaining mass (6-7%) is the structure of the rocket, andonly 3-4% of the total mass of the rocket remains for payload, i.e. satellites, rovers, astronauts, etc. As of today, the only way to get into space is with rocket propulsion systems, which have basically not changed in a century. SpaceX’s Falcon 9 rocket, aside from its landing and reusability, is fundamentally no different from the V-2 ballistic missile, which was crucial in the course of World War II. The cost of flying to the Moon today is the same as it was 50 years ago, if not more. That’s why no one has set foot there since the Apollo program ended. It’s high time for more efficient technology!

The biggest drawback of rockets is that they fight the atmosphere instead of utilising it, making them extremely inefficient. About 60% of the mass of an orbital rocket is oxidizer, which is necessary for combustion, yet there is so much oxygen in the atmosphere. If this oxidizer was not needed, rockets would be much smaller and cheaper. Traditional passenger aircraft use air for combustion and lift generation, which makes them very light and efficient. However, they do not exceed the speed of sound (nearly 1,100 km/h), which is not enough to leave the atmosphere. Jet fighters, on the other hand, reach a maximum of 3,500 km/h, which is also incomparable to the orbital speed.

A revolutionary propulsion system, the ramjet, was proposed during World War II. This is a type of jet engine that achieves sufficient compression solely through the air intake at supersonic speeds. This engine contains neither a traditional compressor, nor a turbine, nor any moving parts, making it extremely simple in design. Its main disadvantage is its uselessness at low speeds. For this reason, this engine must be paired with another propulsion system that can accelerate it to sufficient speed. The famous SR-71 Blackbird reconnaissance aircraft used exactly this concept. Although the SR-71 was limited to 3,500 km/h, it is estimated that the ramjet can accelerate to more than 7,000 km/h [6].

About 20 years later, the ramjet was modified to make combustion inside the engine supersonic. This is how the supersonic combustion ramjet, or scramjet for short, was created. This engine had its debut in 1967, installed on a rocket-powered X-15 aircraft. It reached Mach 6.7, equivalent to a speed of nearly 7300 km/h. An artistic vision of this engine also appeared in the movie Top Gun: Maverick, in which Tom Cruise, playing the main character, was said to have accelerated a mysterious test plane, the Darkstar, to Mach 10, or about 10600 km/h. In fact, the record speed achieved by a scramjet is Mach 9.6, set in 2004 by the X-43 vehicle [7]. The maximum theoretical speed of scramjet engines is unknown. It is estimated to lie in the vicinity of Mach 17 (about 18,000 km/h), which is slightly less than the first cosmic speed [8]. Like the ramjet, the scramjet must first be accelerated to very high speeds to become operational. In addition, this engine is very sensitive to deviations from nominal operation and is subject to incredible thermal and structural stresses. Because of these technical challenges, the scramjet has not yet found commercial application, but is still under development.

Over the past 20 years, the rotating detonation engine (RDE) has become extremely popular among rocket scientists. Under very high pressure, the combustion reaction can evolve to detonation. Detonation differs from conventional combustion in that it proceeds supersonically and is about 25% more efficient. The potential of detonation engines was demonstrated as early as in the 1940s, for instance by the so-called V-1 flying bomb, powered by a pulsed detonation engine. These engines were extremely noisy. They generated strong vibrations and required frequent detonation initiation [8]. These problems could be solved if the detonation took place continuously. And this is where RDE comes to the rescue. Its genius lies in the fact that the combustion chamber is shaped like a ring, around the circumference of which the detonation wave “travels” while fuel is continuously injected into the chamber. Interestingly, this engine has self-regulating capabilities. If the detonation wave slows down, it will take longer to complete one cycle. During this time, more fuel will reach the combustion chamber, thus releasing more energy and the wave will accelerate again. And vice versa, if the wave accelerates too much, it will be forced to slow down to a nominal speed. This makes the engine’s operation very stable over a wide range of speeds (Mach 1.5 – 5) [9], and more efficient than any other engine mentioned here.  In 2014, Polish scientists were the first in the world to launch a small rocket powered by RDE [10], and in 2021 the Japanese were the first to test RDE in space [11].

Figure 4: The Rotating Detonation Engine (RDE) at the University of Central Florida [15].

RDE and scramjet engines have the potential to replace the main stages of orbital rockets, so that the size of rockets as well as their price should drop several times. The only pity is that there is no alternative engine that is more efficient than rocket engines and capable of reaching orbital speeds. The question is, though, is it for sure?

Surprisingly, NASA in the 1960s was researching a propulsion system far more efficient than today’s rocket engines. It was nuclear propulsion. As part of the Nuclear Engine for Rocket Vehicle Application (NERVA) project a powerful reactor was built to replace the upper stage of the Saturn V rocket that delivered astronauts to the moon. This engine was tested repeatedly, even for half an hour at full power. The results far exceeded expectations. Its performance and reliability were demonstrated. NASA announced a plan to land on Mars by 1978 and establish a permanent base on the moon by 1981. And although the engine was ready to fly to the Moon, it never took off. After a total investment of $1.4 billion in the NERVA program, it was halted in 1973 due to a budget shortfall after the Apollo program and the rising costs of the Vietnam War. After the Chernobyl nuclear power plant disaster in 1986, similar projects never gained acceptance and recognition [6].

What would our world look like today if we were not afraid of nuclear energy and if the NERVA program came to fruition? Or would there have been a space disaster on the scale of the Chernobyl explosion after all?

Maciej Grybko
PhD student at the University of Southern Queensland in Australia
Bio:

Spaceflight enthusiast, founder of two student rocket clubs at universities in the US and Australia. Built and tested his own rocket engines and a supersonic rocket. Currently develops an airbreathing rotating detonation engine to test it in a hypersonic wind tunnel as part of his PhD at the University of Southern Queensland. His career goal is to send people to space.