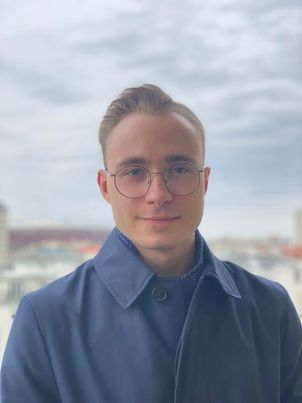 Adam Buwelski
Redactor
Knowledge
Netarchy – a democracy of the future?

For a long time, the world has seen a breakdown in democratic standards in many countries. Democracies are facing crises, which the supporters of the system are trying to counteract by various means. At the same time, we can see the constant development of new technologies as if by hand – so the question must be asked: how will technological development affect democratic systems?

The state of democracy in the world

The collapse of societies’ trust in systems based on democratic mechanisms has been observed around the world (especially in Europe) more or less since 2014. A wave of anti-democratic movements and politicians coming to power thanks to populist slogans swept through the world in phases, starting with Hungary (the coming to power of Fidesz and the authoritarian aspirations of V. Orban’s party), going through the United States and the United Kingdom, finally reaching Poland as well. The genesis of such a phenomenon is being studied by political scientists and specialists in political systems. The conclusions are ambiguous, but what is certain is the decline in public trust in political representatives. For example, in Poland, according to a 2018 CBOS survey, the highest trust of the public is enjoyed by local governments (65%), and the lowest by political parties (23%). This indicates that the public feels more influential in shaping its situation at the local level than at the national level. It is also a sign of declining trust in national politicians, which in turn may be related to the problems posed by the current electoral law.

However, by analyzing statistics on the Polish political scene, we can draw conclusions about other countries as well. Populists coming to power, who use undemocratic strategies in their election campaigns, draw on the collapse of trust in democracy and take advantage of anti-democratic sentiment in society. One could say – populists in power are more the effect than the cause of problems with democracy. This, in turn, allows us to conclude that democracy is weakened by broader social problems, and undemocratic governance is only an effect of this.

It is worth briefly defining populism to understand why it threatens democracy and harms its foundations. Populism is a political phenomenon that consists of politicians and electoral candidates appealing to an undefined “will of the people”, opposing the so-called elites (anti-elitism, though often only apparent), reducing the political message to the simplest language to be understood by a wide audience, departing from the standards of political culture in favor of verbal pomp and simple retorts. In the long run, everything that is called populism in discourse reduces the quality of democracy and permanently erodes public confidence in democratic institutions.

Reasons and examples of crises of democratic systems

Naturally, one should ask oneself, what then is the reason for the weakening of democracy? We can point to the development of social media and the rise of the Internet over the past decades. Access to information has increased significantly, but with it has come an increase in the dissemination of so-called “fake news” (information inconsistent with reality, aimed at misleading the wider community about a particular issue). The Internet and social media are being used by organizations fighting democracy and politicians who want to undermine it – they use their accounts on various social media platforms for this purpose. This is what happened in the United States, where 2016-2020 President Donald Trump used his profile on one of the sites to spread an often-false political message and spiral into hatred.

Another reason for the weakening of democracy was the refugee crisis, which affected Europe most in 2014-2016. It was during this period that many people fleeing war and dire living conditions, problems mainly affecting Africa and the Middle East, arrived in Europe. The countries of the European Union made concerted efforts to help each other contain the refugee crisis, provide newcomers from poorer regions with decent living conditions and keep the political system in check and calm public sentiment. However, the crisis has been recognized by populist politicians, who have used it to seize or consolidate power by replicating false messages hitting and scaring refugees. The authorities in Hungary strongly opposed the solidarity of EU countries and blocked any idea of relocating refugees and providing them with assistance, thus not allowing even one such person to enter the country. This has had a negative impact on democracy in the country, as the effect of such government decisions has been a deterioration of relations with the European Union institutions, which have long been initiating procedures against Hungary, as stipulated by EU law, and whose representatives have spoken negatively about the country, condemning the ruling party’s decision. Such decisions have also undoubtedly caused a decline in public confidence in those in power and a deterioration in Hungary’s political standing on the international stage as a country that is wary of keeping its community commitments.

Although they sometimes contribute to undermining democracy, new technologies and new media channels can also help democracy grow. The concept of e-democracy, or democracy, which would be based on the use of state-of-the-art technological solutions, has been in the public space for some time. With their help, one could consider introducing the possibility of electronic voting, a referendum conducted with the help of the Internet, or public consultations. Implementation of such ideas into practice can be seen, among others, in Estonia, which introduced electronic voting as early as 2005 (research conducted by Magdalena Musiał-Karg of 2020).

The possibilities offered by technological development give hope for the spread of democratic solutions, but it is also sometimes associated with many risks. Significant positive effects of the introduction of such solutions would include the eventual reduction of the cost of holding elections and referendums (doing it via the Internet would be cheaper than having to staff thousands of election commissions and print a huge number of paper ballots) or at least the spread of democratic methods of influencing the shape of the state and electing authorities (the Internet is used by an increasing number of people, the possibility, for example, of casting a vote without leaving home would certainly encourage many hitherto non-voting members of society to vote).

The dangers that are associated with the introduction of so-called e-democracy solutions stem from the fact that there is still a phenomenon of digital exclusion, which manifests itself in the lack of access to the Internet and other technological solutions in many households. E-democracy is also associated with the need to ensure the security of electoral acts carried out over the Internet, which, on a scale as large as we see during elections, may prove impossible.

In Poland, new technological solutions are adopting better and better, as indicated by the Magdalena Musiał-Karg study cited above, which presents the thesis that Poles are enthusiastic about the possibility of electronic voting. The prevalence of technological novelties is also indicated by the Central Statistical Office’s report Information Society in Poland 2016, according to which computerization in Poland is progressing more and more dynamically. More and more households also have technological devices, allowing the spread of e-democracy solutions (in 2016. 80.1% of homes were equipped with at least 1 computer, and 80.4% with Internet access. Despite this, a large proportion of Poles still do not use the latest solutions, explaining this by, among other things, not needing to use the Internet (70.6%) or not knowing how to do so (52.1%).

Both in Poland and around the world, the introduction of new technological solutions as a means of spreading and improving democracy is becoming more favorable. Despite the dangers and drawbacks that are associated with such a phenomenon, in the final analysis an already heavily digitized society must accept the role of the Internet and modern solutions, and so also adapt the political system and polity to the new conditions. The introduction (at least partial) of the solutions of the so-called e-democracy may prove to be the key to solving the problems that have been affecting the system for a long time. It may also make the crises worse – we will see the real effects only after some time.