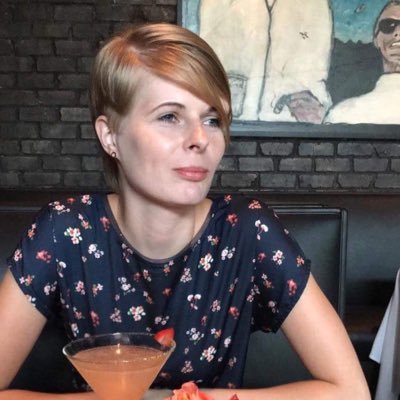 The adult human brain weighs around 1.3 kg. But this seemingly small size contains about 100 billion brain cells, called neurons, which are linked to one another via quintillion connections, called synapses. If you were to count one synapse per second, you would not finish counting for 30 million years! Our brain function depends on the ability of neurons to communicate with each other. So how does neuronal communication work in this overwhelmingly dense network?

The process of vesicle fusing with the cell membrane is critical for the human body. It underlies our ability to think, move or form memories, and thus requires a very strict control. Not surprisingly, alternation of this process leads to various neurological disorders, such as Alzheimer’s disease or clinical depression and many others. Therefore, explaining how the vesicle fuses with the cell membrane and how different proteins come together to perform this reaction is very important for our understanding of how the brain works. On top of that, development of new therapies for different brain diseases strongly depends on our knowledge of the molecular mechanisms that govern vesicle fusion. Currently there is still no known cure for many of the neurological disorders.

Scientists have been trying to understand how vesicle fusion is achieved for three decades. While many advancements have been made, the process remains enigmatic. What we know is that the key players involved in facilitating this reaction are three proteins called SNAREs. These small proteins reside either on the surface of the vesicle or the cell membrane. Because they love to bind to each other, they bring the vesicle close to the cell membrane, leading to vesicle fusion and neurotransmitter release. This SNARE binding resembles zippers in your jacket: SNAREs first bind to each other at one end and progressively zip towards the other end. Fusing two membranes is not an easy task as it requires a substantial amount of energy. Fortunately, our SNAREs are perfect for the job, their binding is extremely strong and produces an extraordinary amount of energy. We quite often refer to SNAREs as molecular engines of vesicle fusion.

Neuronal communication. (A) Microscopy image of neurons stained with one of the SNAREs – SNAP25 (green) and nucleus – DAPI (blue). Image from Almandoz et al., Front Neurol 2018; 9:180

(B) Munc18-1 (blue) places two SNAREs (red and yellow) in a correct orientation for SNARE zippering that leads to vesicle fusion. Image prepared based on Stepien at al., Science Advances 2022; 8:25

If we think of SNARE binding as zippers, one would expect this process to be fairly simple. Yet nothing that has to do with the human brain is ever simple. One small mistake in SNARE zippering can have catastrophic effects on our brain activity. How can our brain cells ensure that no mistakes in SNARE zippering are made? Well, decades of research showed that SNAREs are not enough to induce vesicle fusion. There are a dozen other proteins essential for this process and in fact, many of them have roles in assisting SNARE binding to be accurate and fast.

One of these assisting proteins is called Munc18-1. Scientists discovered that in the absence of Munc18-1 the embryonic brain does not develop and the organism dies immediately after birth. The hypothesis has been that Munc18-1 is so critical for our brain functions because it coordinates SNARE binding, but we do not fully understand how Munc18-1 does it. It has also been reported that altered Munc18-1 functions are linked to many neurological diseases such as epilepsy or schizophrenia. But before we can design effective treatment for those Munc18-1-linked disorders, we need to explain how Munc18-1 works in a healthy process.

In a recently published article [1], Stepien and colleagues reported 3D images of Munc18-1 bound to two SNAREs. 3D images of proteins help to zoom in and visualize the protein structure at the smallest possible, atomic level. This way, scientists can obtain unique information about the functions of the protein. Reported 3D structures of Munc18-1 clearly show that Munc18-1 is a platform that places SNAREs in a correct orientation, suitable for proper SNARE zippering. In this study, the scientists used a variety of biophysical methods to dissect molecular mechanisms of how SNARE zippering is initiated and controlled, a piece of a puzzle that up until now has been hard to get. They showed that Munc18-1 holds SNAREs in a clever way that allows Munc18-1 to stop the reaction if any of SNAREs bind incorrectly. Today structural studies of proteins serve as an essential tool in drug development against virtually any human disease. Current treatment options for Munc18-1-linked diseases can be summarized as frustratingly difficult. However, these new structures of Munc18-1 bound to SNAREs open up an avenue for a design of novel therapeutic strategies to modulate the abnormal functions of Munc18-1 in various neurological diseases. Let’s hope that this science advancement will have a longing positive impact on patients’ lives.

Dr Karolina P Stępień received her Bachelor and Master of Science degree in Biotechnology from Wroclaw University of Technology. After taking part in a BioLab exchange program and working at University of Texas Southwestern Medical Center in Dallas, Texas, USA for a year (2014-2015), she decided to pursue a PhD degree. In 2016, she received a Fulbright Self-Placed Graduate Award and joined the Graduate School of Biomedical Sciences at UT Southwestern Medical Center. In 2022, she defended her PhD in Molecular Biophysics. She is excited about translating science into drug development, about science communication and about advocating for women in STEM. In free time, she loves to be outdoors and to travel.