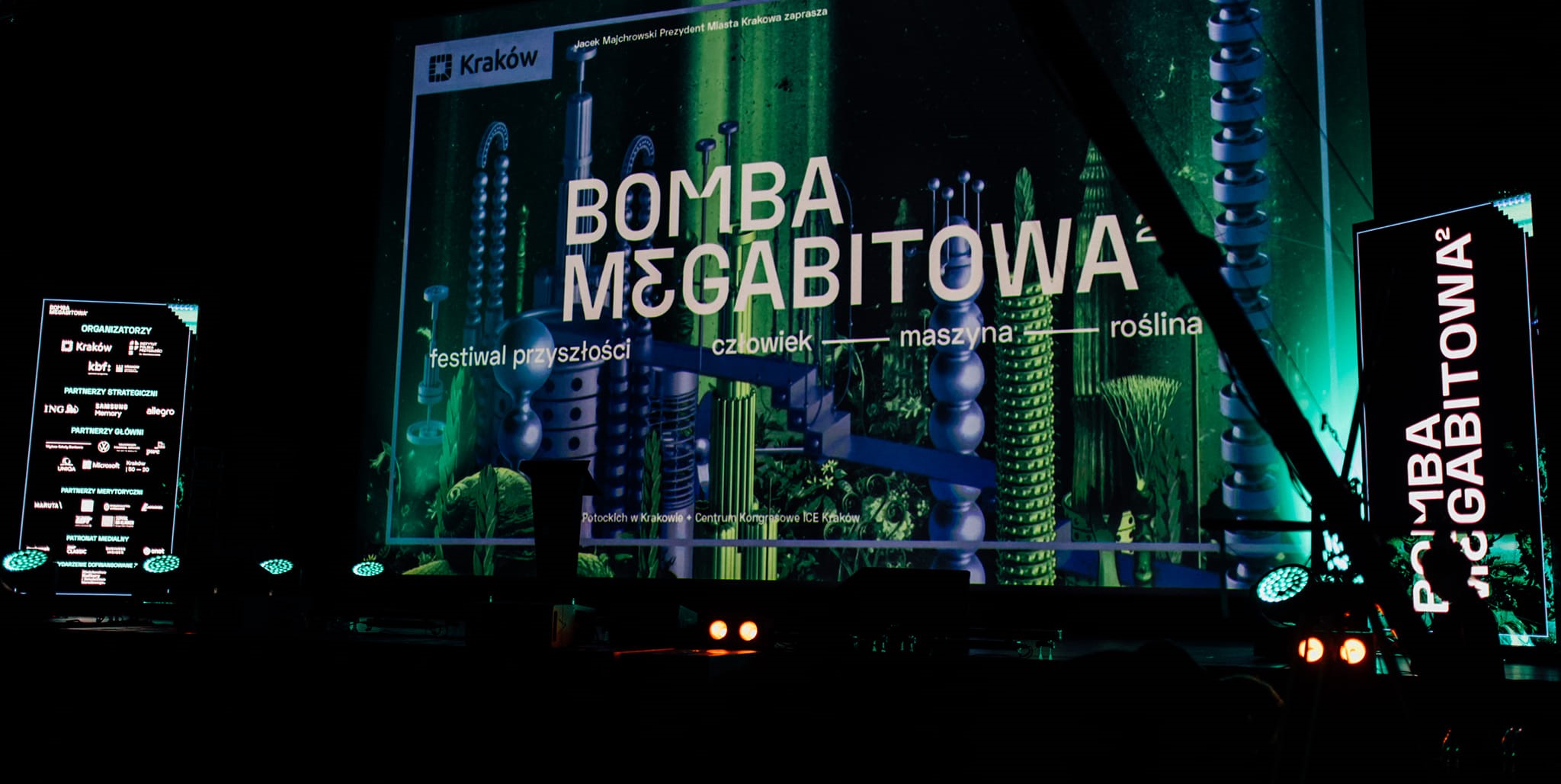 In September, the second edition of the Megabit Bomb of the Future Festival was held in Krakow. This unique event holistically combined the areas of science, culture and technology. The keynote was energy transformation and the sustainable development related to the process. 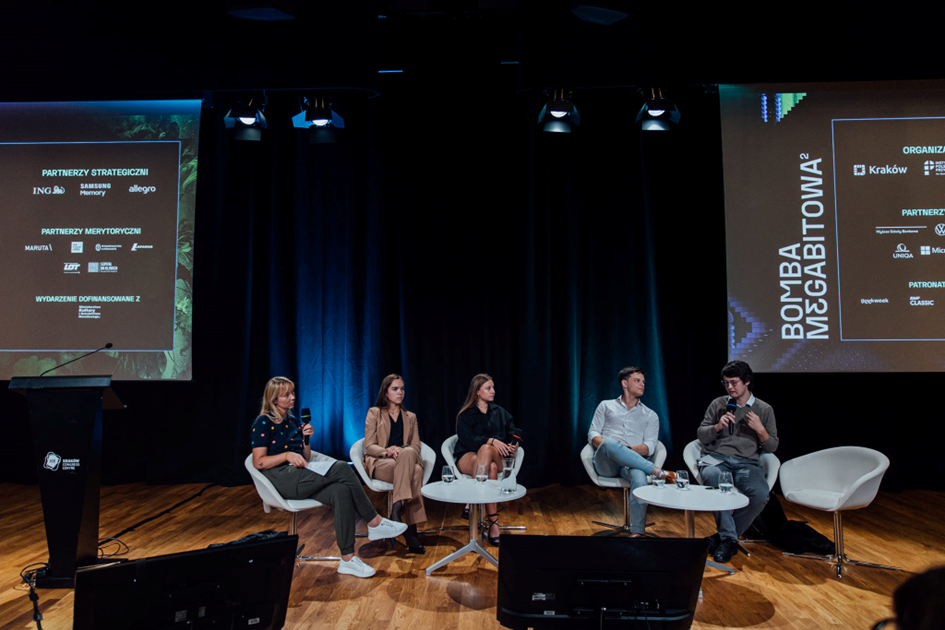 Pictured: One of the event panels, source: Our Future Foundation

An outstanding writer, philosopher, futurologist, the most popular Polish author of all time – this is how people remember Stanislaw Lem. During his lifetime he wrote a collection of essays, “Megabit Bomb,” published in the Polish edition of PC Magazine. Lem’s work came from the hard science fiction genre, which is characterized by a strong emphasis on science and technology. In his work, the writer followed the doctrine of previsionism, which involves trying to predict the future. In “The Megabit Bomb” he focused on the future of technology and the environment, the dangers posed by the Internet and technology, the climate crisis and the pursuit of sustainable development.

The event took place September 5-12 at the ICE Krakow Congress Center. This year’s edition was dedicated to climate and sustainable development. Climate catastrophe used to be a distant vision, predicted by futurologists. Nowadays, this problem keeps awake at night in the world of science, legislators and even culture figures . The organizers have focused on making the event’s program comprehensive and the content value as objective as possible. The organizers put special emphasis on young people. The organizers of the event were the Stanislaw Lem Institute for the Poland of the Future, the city of Krakow and the Cracow Festival Office.

The event’s program covered topics in science, culture and technology. Workshops and panels were aimed at both young people and adults. For learners and for those who want to learn. Topics covered included electric cars and electromobility, VR technology, environmental protection, studying at the world’s top universities, poetics and culture.

– I think an event like the Megabit Bomb is wonderful. They expand our imagination, they do not tell us about the obvious, but what we don’t know yet. – says prof. Aleksandra Przegalinska, pro-rector of Kozminski University. 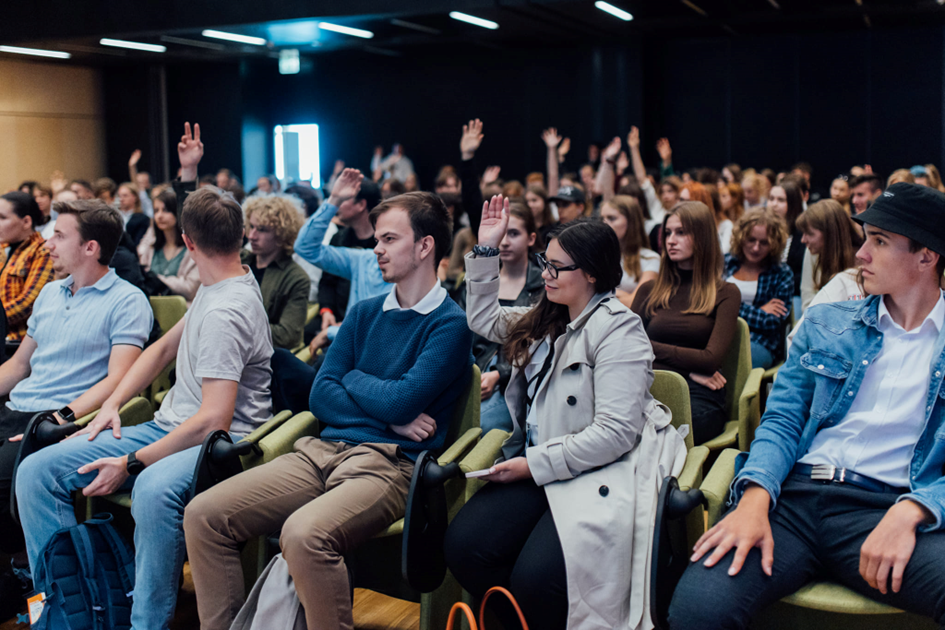 A key part of the Megabit Bomb was the Youth Scene, which was dedicated, to young people. In addition to the event’s content value, an important component of its message was to inspire young people to take action toward their goals. Young people enjoyed the unique opportunity to talk to their role models ready to share their experience.

– I think the greatest value of such events is the opportunity to give young people who are just beginning their educational and career paths some examples from an older generation, but not so old that they aren’t relatable – says Wiktor Babinski, a doctoral student at Yale University. 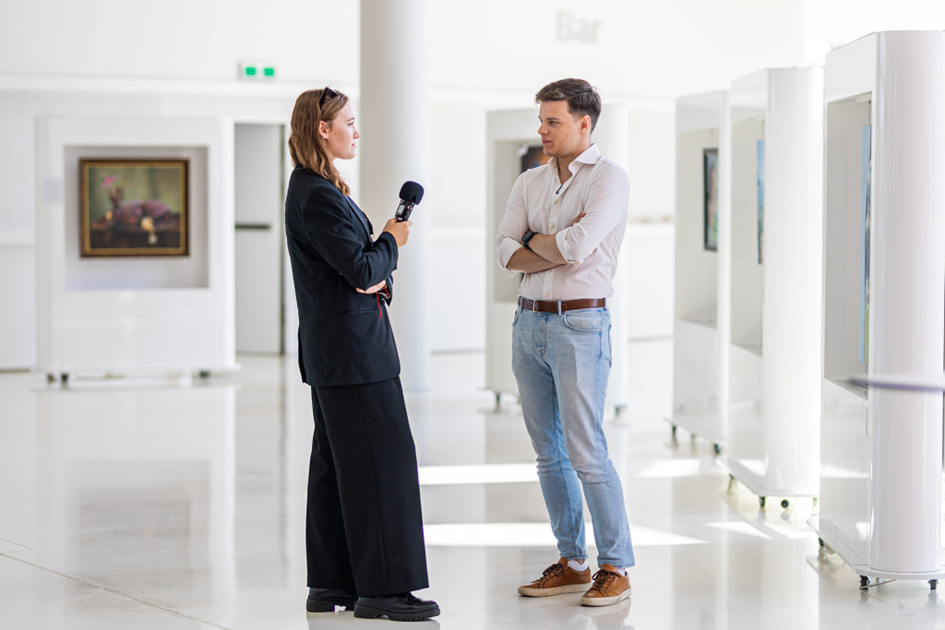 Jimmy Walles, the founder of Wikipedia, honored the event with his presence. By creating services based on the wiki mechanism, he became one of the most influential people in the world. He contributed to the widespread popularization of knowledge on the Internet. The speakers’ list included  Prof. Jerzy Bralczyk, Hugo Chrost, Nataniel Broznowicz, Ewa Drzyzga, Dominika Jacejko, PhD. Tomasz Rozek, Konrad Piasecki, Piotr Witwicki, Prof. Marcin Wiacek, Prof. Aleksandra Przegalinska and many others.

Our Future Foundation had the pleasure of co-organizing this year’s edition as a content partner. On behalf of the Foundation, we wish organizators good luck in organizing the next edition of the Megabit Bomb. See you next year!