Prof. dr hab. n. med. Dariusz C Górecki
Proffesor of molecular medicine at the University of Portsmouth
Knowledge
Came in with the tide: Scientists make a new strong yet biodegradable material based on limpet teeth. 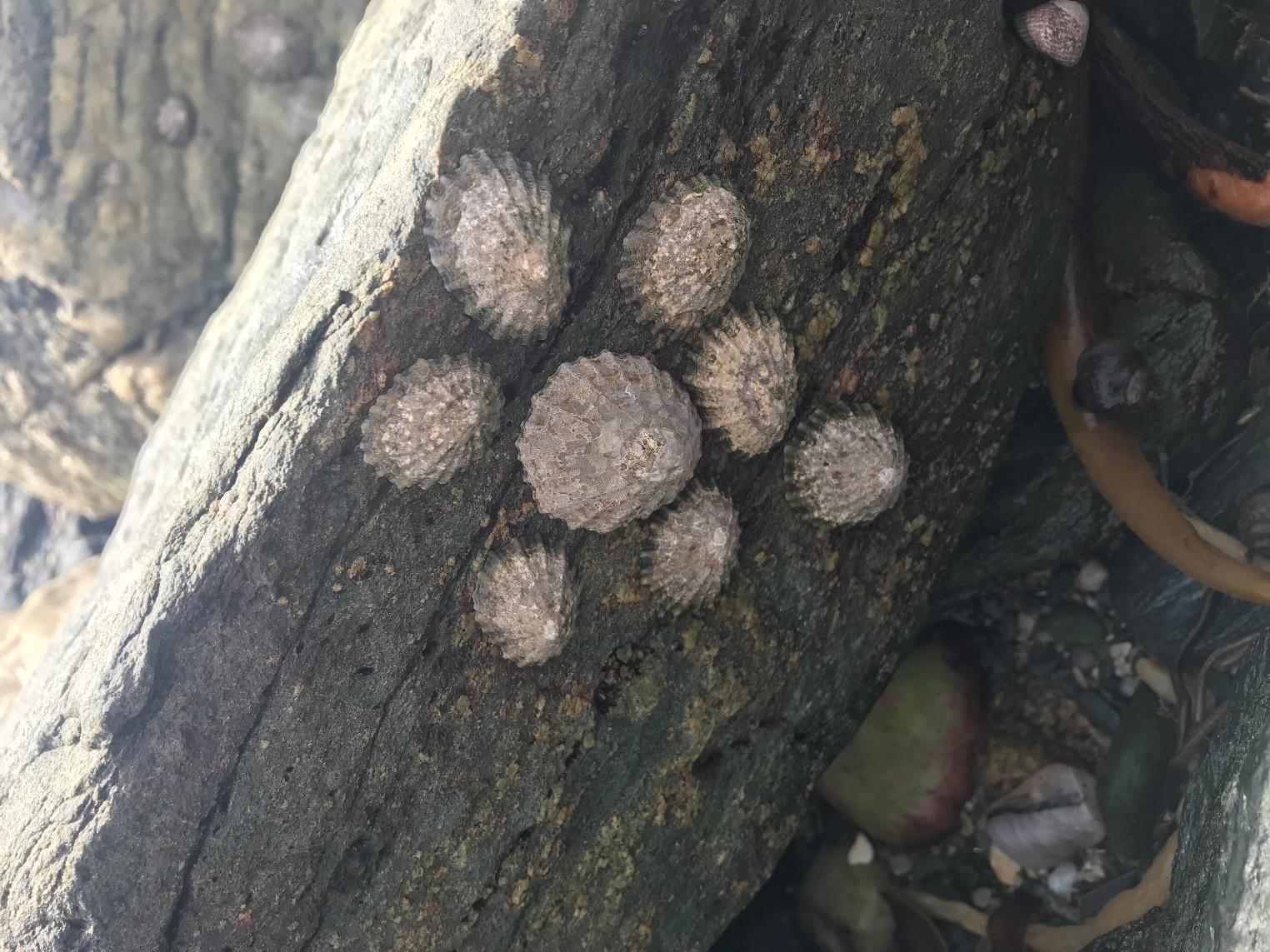 An international team of biologists and engineers led by Professor Dariusz C Gorecki from the University of Portsmouth (UK) have successfully explored the secrets of the strongest material produced by a living organism. Limpets (Latin. Patella vulgata) are shellfish found attached to rocks located in the intertidal zone – the area of the shore between the high tide and low tide sea levels (Figure 1).

They feed on algae using microscopic teeth so strong that they can leave scratch marks on the rocky surface. These teeth are made from a unique composite material consisting of flexible chitin polysaccharide matrix strengthened with iron oxide (goethite, α-FeO(OH)) mineral nanofibers, giving them the highest recorded tensile strength and elastic modulus of any biologically occurring material (4.90+/-1.90 and 120+/-30 GPa respectively), stronger than spider silk and comparable to man-made carbon fibres (Barber et al 2015).

“It is not enough to know something, one must also know how to apply it” Johann Wolfgang von Goethe, in whose honor the mineral was named goethite. The mineral imparts hardness to the teeth of the scaphoid.

Therefore, there is a continuing search for new materials that meet the key challenges of modern engineering: affordability, durability and sustainability through re-use and recycling (Provis 2015). Generation of new products with high mechanical performance, which meet these challenges may be facilitated by learning from Nature. The exceptional mechanical properties of limpet tooth are evolutionarily optimised for withstanding forces exerted whilst rasping food from hard rock surfaces. A man-made material (biomimetic) with similar strength and flexibility resulting from a specific composition and structure would be desirable in many different applications.

Researchers unravelled the molecular mechanisms behind the formation of this material, developed new techniques that allow limpet teeth to be grown in the lab and artificially produced samples of a biomimetic with similar properties (Rumney et al., 2022).

This innovation evolved from the initial molecular study into the development of the limpet tooth. Snails have an organ called the radula, which is a conveyor belt for tooth development, continuously generating new rows of teeth throughout the limpet lifespan. The radula can be subdivided into distinct regions, which contain teeth at different stages in their development, with the increasing levels of mineralisation. (Figure 2).

Figure 2: Microscopy images showing the radula. A. Snail radula is a tongue-like structure lined with teeth at different stages of development (Wikimedia). These can be identified as B. stage I (immature, non-mineralised), stage II (early maturing), C. stage III (late maturing) and D. stage IV (mature). As teeth are worn away at the distal end of stage IV, new rows of teeth are constantly produced.

This was analysed further, leading to the discovery that while the tooth chitin scaffold is made by the cells, the mineralisation occurs outside (extracellularly), and involves components that cells release into the culture medium. These findings led to the development of a new synthetic material based on the artificially made (electrospun) chitin scaffold mineralised with the cell-conditioned medium (Figure 4).

Figure 4: A new material based upon limpet tooth generated in vitro.

Solubilised chitin was spun into small scaffolds, which were mineralised with iron oxide crystals when treated with cell-free conditioned media taken from Stage III and IV radula cell cultures. Atomic force microscopy data showing that such mineralised scaffolds have stiffness comparable to sheets of polypropylene (PP) and polymethylpentene (PMP).

This biomimetic is made from chitin extracted from shellfish exoskeletons, which not only is a biowaste, but has the additional benefit of being eventually degraded by the environmental factors. Therefore, this material, upon further optimisation in terms of its properties and manufacturing processes, could potentially be developed into a novel alternative for undegradable and thus highly polluting plastics.

Dr Robin Rumney, the lead author who worked in the lab to pioneer the growth of limpet teeth said: “This has been a truly unique and genuinely exciting project to take part in. We have been able to show for the very first time that limpet cells and teeth can be grown outside limpets, and we now know the genes involved at each stage of limpet tooth formation. The most exciting part of the project for me, was when I found that limpet teeth could be grown in a petri dish! Our new limpet tooth-inspired material has great potential as it is strong yet flexible, can be made from waste products of the fishing industry and is biodegradable so it offers an alternative to plastics.”

Prof Darek Gorecki said: “For me, this all started as a curiosity project and a challenge: Could we grow cells from limpet radula, unpick the processes behind tooth formation and then mimic these to artificially generate a similar material? It wasn’t just blue-sky research, where “real-world” applications are not immediately apparent. It was almost a pie-in-the-sky project.  Yet, when such an endeavour works, this is where science is at its best.”

Espinosa, C., Esteban, M. Á. & Cuesta, A. Microplastics in Aquatic Environments and Their Toxicological Implications for Fish. in Toxicology – New Aspects to This Scientific Conundrum (2016). doi:10.5772/64815.

BIO: PROF. DR HAB. N. MED. DARIUSZ C GÓRECKI, A GRADUATE OF THE WARSAW MEDICAL ACADEMY, IS PROFESSOR OF MOLECULAR MEDICINE AT THE UNIVERSITY OF PORTSMOUTH. HIS MAIN RESEARCH INTERESTS INCLUDE THE MOLECULAR MECHANISMS OF DUCHENNE MUSCULAR DYSTROPHY AND THE ROLE OF P2X7 RECEPTORS IN THE INTERPLAY BETWEEN THE PRO-REGENERATIVE AND DESTRUCTIVE EFFECTS OF INFLAMMATION. AS A WELLCOME TRUST FELLOW, HE WORKED AT THE UNIVERSITY OF CAMBRIDGE AND THE UNIVERSITY COLLEGE LONDON, AND AT HARVARD MEDICAL SCHOOL AS A FULBRIGHT DISTINGUISHED SCHOLAR. HE HAS PUBLISHED MORE THAN 120 ARTICLES, PROMOTED 27 DOCTORAL STUDENTS AND RECEIVED RESEARCH GRANTS FROM THE EU: COST ACTION, INTERREG; UK: BBSRC, WELLCOME TRUST; MUSCULAR DYSTROPHY ASSOCIATION OF THE USA AND SEVERAL OTHER CHARITIES.