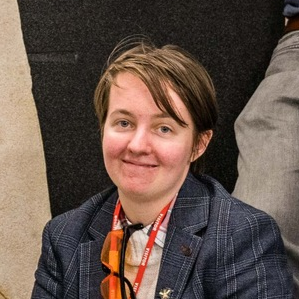 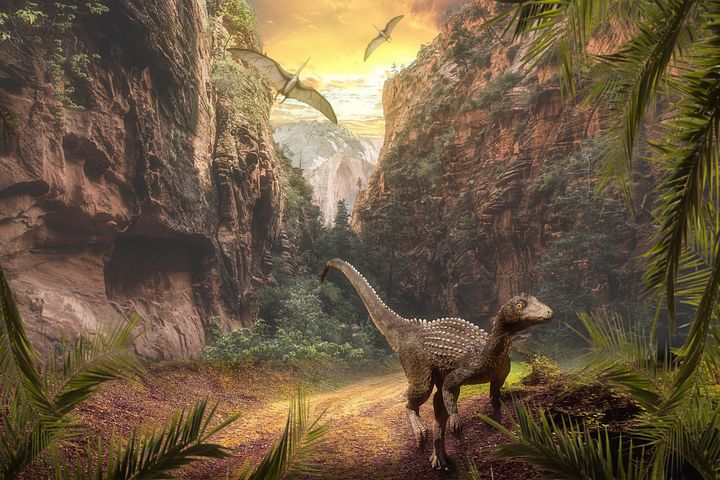 When we imagine a palaeontologist, our thoughts usually visualize a figure like Indiana-Jones wearing check with an elegant Fedora standing above the dry wastelands. Arduously digging up skulls of ancient toothy giants from the collapsing sandstones under the scorching sun. Even though such a picture is not false, as many excavations are taking place in the deserts just like in the Spielberg’s movies, fossils can also be found in many various environments and corners of the world. For that reason, let’s imagine something opposite to a bone-dry desert and visualize a humid, vast Atlantic coast, grey mountains hiding behind a thick fog and constant rainfalls. Now imagine Hebrides islands located in the west coast of Scotland because this is the place where we will be carrying out the excavations. These excavations will be the ones that resolve one of the greatest questions regarding evolutions of dinosaurs and us, mammals.

More than 150 million years ago, during the Jurassic, the area of today’s Scotland was a series of small islands connected to each other by the shallow sea. The climate was humid and warm, as it was closer to the equator. The rocks from such a period most often derive from river sediments coming into the sea and coral reefs residues occasionally dug in by animals that after some time and under the appropriate geological circumstances turn into fossils.

Later vulcanization created a geological protective shield that covered the Jurassic sediments from the glacial erosion. Because of that, Skye quite well preserves the sediments from the Jurassic sea, representing the shallow seas, rivers, lakes, bays and beaches. Skye is one of the largest and most crowded (the population reaches 10 000 people) islands of Inner Hebrides. Despite its size, such an island is a geological miracle. This geological miracle displays in a picturesque landscape. From the jagged similar to teeth ‘Old Man of Storr’ created by the ancient rock slide; dramatic, pitch-black heights of Cullin which are the remains of old magma’s chambers; or multi-layered cliffs of Kilt. It is not a surprise that this small island attracts plenty of filmmakers, it has something from a fantasy. Driving through the island, you get a feeling that in any moment a dragon or even a pterosaur may fly out behind a hill.

Even though the knowledge about the Jurassic rocks and the possibility of collecting fossils was around by couple of decades, Skye Island became important for all dinosaurs’ lovers through a popularisation of one quite unique place: a beach with dinosaurs’ footprints. These trace fossils can be found on the Jurassic shore platforms on the east and west coasts of the island. They were made by heavy giants, sauropods with long necks or creatures with large plates on their humps like stegosaurs. By studying these traces on the Jurassic platforms, a group of scientists from the University of Edinburgh discovered a series of long teeth and skulls coming out of the rock. Such long teeth belonged to a reptile who was quite different from dinosaurs but related to them. After the fossil was ‘dug out’ (cut from a block hard as concrete in a form of a plate) it turned out that the skull belonged to a full skeleton of pterosaur. The pterosaur was named by a fossil collector and museologist born in Skye, Doug Ross who is a native speaker of Scottish Gaelic language that people living on the Hebrides most often use. Dearc sgiathanach, a Scottish name of the pterosaur, means ‘winged reptile’. Pterosaurs were one of the first vertebrates that could actively fly. In the Cretaceous these animals will reach sizes similar to small airplanes (wing span equal to 12 metres), although the early species from the Jurassic were not bigger than albatrosses or gannets (approximately 2 metres). It is still quite an impressive size for a toothy, flying predator. Pterosaurs were using teeth for fishing and catching squids. They were flying above the dinosaurs and feasting on the shore platforms. In Wierzbica in Poland there is even a geological formation full of footprints and faeces of pterosaurs.

Changing the subject from the heights, we are travelling underground now. The mammals in the Jurassic period were far from various and impressive animals as they are today. In that time, they were most often looking similar to mice, stealing under the feet of reptile neighbours. Because such animals were so small, delicate and usually they lived on land, we do not know much about them as they tend not to preserve very well. However, some strange coincidence caused that particular elements of mammals from the dinosaurs’ period could have been found on our little Scottish island. Mandibles with teeth were the most common remains that mammals left, what is incredible because teeth are very important as they can say a lot about an animal: how it nourished itself, how old it was and where it is placed on a large family tree of mammals (small lumps on complicated teeth are almost like fingerprints when it comes to the species recognition). Jaws must be powerful to anchor the muscles responsible for eating and biting during the hunt so that they usually preserve better than more delicate elements. Scientific groups on Skye discovered remains of docodonts which were forms of mammals. Even though they came to the surface recently, such creatures were very diversified e.g. Castorocauda that functioned in their environment quite similarly to a modern-day beaver. At the end, these small animals evolved to a more impressive sizes and their intelligence and capability to survive in difficult circumstances will enable them live in a time when dinosaurs meet with a premature extinction.

Fossils from Skye can be admired as a part of small collections in an island (such as Staffin Museum) and museums in larger cities across Scotland. Some fossils like dinosaurs’ footprints are too big to be easily collected and protected so they still can be found on rocky platforms on the beaches. Majority of fossils are described, prepared or waiting to be discovered. Every fossil in every size from this place fill in a great gap in our knowledge of animal evolution in the Mesozoic.

Natalia Jagielska
PhD student at the University of Edinburgh
Bio:

PhD student at the University of Edinburgh, she comes from Iława, Poland, and specialises in pterosaurs’ evolution. Besides studying prehistoric reptiles, Natalia is an artist.