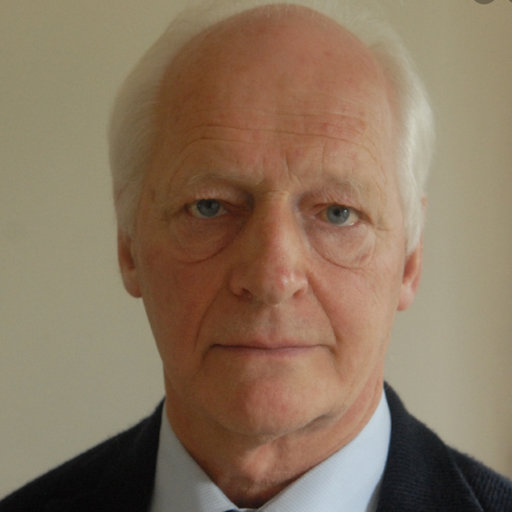 Eryka Klimowska
Redactor
Knowledge
The alchemy of our time

If we consider why young people often reject science when choosing a field of study, many of us will explain this by the fact that they seem extremely difficult. A study conducted among the inhabitants of the United States proved that indeed more than half of them think that people starting their studies find chemistry, physics or mathematics too demanding, which is the main reason why they are afraid of this choice.1 But is there anything to be afraid of? Andrew Szydło, known in the Polish community as Zbigniew Szydło, shows that the answer is no and turns the fear of complicated chemical reactions into science that fascinates.

Andrew Zbigniew Szydło, the son of Polish immigrants, a chemistry teacher in Great Britain, and a PhD in history and philosophy of science says during his lecture that chemistry is the study of substances and the changes that occur between them. Immediately afterwards, he mixes two colourless liquids, obtaining a red, then yellow, then orange, and then blue liquid. He does not stop talking calmly even when something suddenly explodes next to him, and several surprised people in the audience shout. During a TEDx Talks talk, he conducts 15 experiments in 25 minutes2, trying to make the most spectacular explosion possible. He proves every rule and definition he says in practice, showing that chemistry is much more than equations written in a notebook. An important element of the experiments presented by him is oxygen, and the history of its discovery is inextricably linked to the figure of the Polish alchemist, Michał Sędziwoj, to whom Zbigniew Szydło dedicated the book “Water that does not wet your hands” and the article “Who discovered oxygen?”.

The concept of alchemy

Alchemy is a branch of “secret” knowledge aiming at obtaining the philosopher’s stone – a substance that would transform base metals into gold. Cultivated in antiquity and the Middle Ages, it quickly became the subject of interest of the then researchers, whom we would today call chemists. One of them was Michał Sędziwój, who can now be considered the discoverer of oxygen, which he called “the secret food of life”. However, as Zbigniew Szydło notes in his article “Who discovered oxygen?” – in modern chemistry textbooks and curricula, speculations about the discovery of this component of air are ignored.3 As a result, students learn only the story of the British chemist Joseph Priestley, who in 1786 discovered oxygen by heating mercury. What can the students imagine by reading only this brief information in the book? An 18th-century scientist in a laboratory with many different substances in dark glass vessels, who suddenly gets the idea of heating mercury, resulting in an unknown gas. He is so surprised and excited that he dreams of the next steps of the experiment he should be conducting – he puts gas through water, puts it in a jar and forces the candle wick to light, smells it, as a result of which he thinks he has discovered oxygen and becomes a famous chemist. As Szydło emphasizes, the truth is much more complicated, and the discovery of oxygen is the result of the work of many different researchers many years before.

In the 17th century, the air was considered an element – a simple substance that could not be decomposed. The British chemist, Robert Boyle, who lived at the time, considered this information to be false after becoming interested in the voyage of the world’s first submarine in 1620. It was designed by the Dutch inventor Cornelis Drebbel, and the boat could sail underwater because the air on the ship was refreshed with a mysterious substance. Drebbel was the first to realize that it’s a part of the air that makes it breathable, and when that part wears out, it needs to be replaced. However, he was not a scientist, and the conclusion he came to was in fact the result of a meeting with the Polish alchemist, the already mentioned Michał Sędziwoj. It was Sędziwój who discovered that air is essential for the life processes of organisms and contributed to the start of research on its composition. Based on Sędziwoj’s theory, John Mayow then explained in his work of 1647 the processes of burning air and breathing it. This researcher actually described oxygen, although he did not know it at the time. When Priestley discovered his new gas, he had just noticed that it supported both combustion and respiration. This gas was later named oxygen by the French chemist Antoine Laurent Lavoisier, who further explained its role in combustion and respiration in a way that has remained essentially unchanged to this day. As Zbigniew Szydło notes, in the face of so many different theories preceding the actual discovery of oxygen, one sentence quoted earlier from a modern chemistry textbook is not able to reflect even a part of the rich history of one of the most important chemical elements. However, this is only a fraction of a larger problem – schools often do not shape young people’s fascination with science and do not pass on scientific knowledge in the right way.

Aware of the scale of this phenomenon, Zbigniew Szydło changes chemistry into an interesting adventure in which there are no secrets and truths hidden from students. During the lecture, he says that you should never seal a container of boiling liquid tightly, and right after that, he does it – answering the question “Why?” before it was even asked. If alchemy is the knowledge that could change the fate of the world4, then Zbigniew Szydło can be called an alchemist of our time, who not only shouts the slogan “Chemistry for everyone!” at the end of his speech but also shows that this is what science is and that young people don’t have to be afraid of it.

Teacher and promoter of chemistry in Great Britain, dealing with the history of alchemy. With his activities, he tries to change the face of “difficult” science subjects and fascinate listeners with chemistry.